Get informed about psychedelics, clinical research, and how to communicate about their impact.

Ashley is one of the contributors to the course! Check it out! 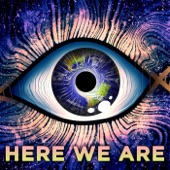 Shane talks about psychedelic integration and skepticism with friend psychedelic ambassador, and founder of the Aware Project, Ashley Booth.

Audio: Interview with founder of the The 3rd Wave
Podcast Interview by Psychedelia Podcast, April 2017

Audio: Interview with Wayne Roberts #015
Podcast Interview by Nate the Bullitt Podcast, March 2017
“Ashley Booth from the Aware Project invites me into her beautiful home to give more insight to MDMA for PTSD, DMT and much more.”

Lori describe her experience as client of Ashley’s at a psycho-spiritual retreat at Crossroads Treatment Center in Tijuana using Iboga and 5-MeO-DMT (both unscheduled in Mexico).

‘Challenging the Stigmas of Psychedelics: An Interview with Ashley Booth of the Aware Project’
Article by Wes T., May 20, 2016

“In this episode Adam and Vanessa chat with Ashley Booth founder of Aware Project who’s mission is to balance the conversation about the use of psychedelics. They cover a lot of ground and talk about everything from PTSD to addiction treatment and, of course, Burning Man.” Listen and get more info here.

“Ashley Booth is a psychedelic ambassador and the founder of the Aware Project. Go to awareproject.org for events, news, media, and information about how to get involved and how to spread the word about the future of healing. ” Listen and get more info here.

“The amazing and inspirational Ashley Booth stops by the kitchen table to discuss her own transformational face to face experience with God, the founding of the Aware Project and following your heart even when it seems impossible.” Listen and get more info here.

Martin Ball “speaks with Ash Booth, founder of the LA-based Aware Project about what inspired her to promote psychedelic education, the 5-MeO experience that changed everything for her, and the upcoming Bicycle Day celebration in LA.” Listen and get more info here.

A brief overview of psychedelic-assisted therapy past, present, and future.

Audio: “How to Come Out of the Psychedelic Closet”
Presented by Ashley Booth at Sacred Spaces, Burning Man, Summer 2014

How can we communicate with the people around us so that they actually hear us, especially when it comes to controversial subjects? Ashley Booth explores how to be an effective ambassador for the psychedelic subculture both through communicative style and examples of ways to counteract the “war-on-drugs” rhetoric. If we want to spread what we have learned out on the fringe of culture, it is our responsibility to be the most effective communicators we can be as we bring it back to the masses.

What are all the ways humans have discovered to alter our normal consciousness and perception of our inner and outer world? Come with me on an adventure to look at the mundane and bizarre as we learn about science, consciousness, and societal repercussions. Topics include marijuana, meditation, hypnosis, sensory deprivation and more…

Please do not contact me seeking any illegal substances or connections to practitioners. I am involved in educational and harm reduction work only.